POLL: What Type Of Reel Do You Use?

POLL: What Type Of Reel Do You Use?

I'm fairly new to the sea-fishing game and am currently using hand-me-down gear.
I was just browsing online for a decent reel and figured and I'd let you guys weigh in on the subject.

I'd be interested to know what kind of reel you guys use and, if you don't mind, why you use it.

Are there any brands you recommend... or completely steer clear of?
Multipliers are interesting, there's a 50/50 divide, with people hating them (stories of bird-nesting and burnt fingers/thumbs) but some people love them.

All wisdom and info welcomed!
Thank you.
"The charm of fishing is that it is the pursuit of what is elusive but attainable, a perpetual series of occasions for hope."
~John Buchan
Top

Started with fixed spools as a kid,but would seriously consider packing in if i had to use one these days...i find multis so much nicer/smoother to fish with,and they give a much better feel of what`s going on. Modern multis are pretty easy to master,with the Green Abu Mag Elite 6500 c3 ct being my fav`...used them for years and never have a prob

I also use an Abu Chrome rocket which also gives me trouble free fishing,though it does`nt have the same control as the mag elite so may not be the reel to start with

Used to use Daiwa 7ht`s which are good reels,but better for lighter beach work,and the small handle can be a pain especially when your hands are cold.
2020 best of....
Top

Not been fishing anywhere near as long as Kev but got taught how to chuck a multiplier by a mate 6-7 years ago and never looked back. I'm right-handed but can't bend my right thumb after the tendons were severed many years ago. So I cast with the reel in the "reel down" position meaning I can grip the spool with my left hand. Works really well for me and I must admit I enjoy casting them much more than fixed spools.

I used all sorts from Abu 5500's for light work and Bassing with bait through to 7000 size reels for heavy rock work. I bought quite a few different reels, almost always second hand until I found what suited me / I enjoyed the most. Those that I didn't get on with were sold on for pretty much what I paid for them.

These days, I've settled on Akios Shuttles for beach work and magged Saltist 30's for the heavy rock work. Not the cheapest but the best I've used in their respective applications. Both are really easy to control.

I also own several fixed spools, but I use them for LRF and general lure fishing.

Having said all that, some of the modern fixed spools are supposed to be very good.

Got to agree with what both Kev's have said already.

I too much prefer casting with mutli's and don't be put off by stories of birds nests. There are reels out there that are fool proof once they're set up properly. As Big Kev has said, start off with either an Abu 6500 Mag Elite or an Akios S-Line 656 CTM. Both reels have both centrifugal and mag braking systems and once the spool floats have been set correctly you'll have a totally safe reel. As you become more competent simply back the mags off a little and watch your distances increase. That's the great thing with these two reels, they can be adjusted to match your ability.

I'd also recommend buying buying second hand to start off with as has been mentioned. The only concern in doing so would be with the gears. If the reel has been used as a winch the gears may be worn but they can be replaced easily enough and cost around £15. I could fit them for you if need be. If you go for a new reel the Akios 656 CTM will cost just £105 from all good Akios Superstores

and the Abu Mag Elite a few quid more.

However, the conti set up (3 piece rod with fixed spool) has become increasingly popular over recent years and for good reason too. As mentioned I prefer casting with multi's but once the cast has been made I prefer fishing with my conti set up. The bite detection from the majority of conti rods is far superior compared to a standard two beach beach rod, and there's far more feedback when bringing a fish in, particularly when using braid. There's far more choice in fixed spools and you tend to get what you pay for. Spend c.£100 on a Shimano, Akios, Penn, Daiwa reel and it'll see you good for a number of years...half that if buying used.
Graham

Thanks for the info guys, very interesting stuff.

I've tempted for the Abu Mag Elite 6500 c3 ct, can someone tell me what causes over-run/birds-nesting (they're the same thing, right?)?
(That's the main thing discouraging me from a multiplier... the idea that I might have to spend 20+ minutes untangling the line.)
"The charm of fishing is that it is the pursuit of what is elusive but attainable, a perpetual series of occasions for hope."
~John Buchan
Top

I've tempted for the Abu Mag Elite 6500 c3 ct, can someone tell me what causes over-run/birds-nesting (they're the same thing, right?)?
(That's the main thing discouraging me from a multiplier... the idea that I might have to spend 20+ minutes untangling the line.)

basically if you don't "brake" the spool (put your thumb on it) when it hits the water the reel will continue to run and chuck out line..

easy to stop in daylight as you can see the lead hit the water, in the dark however, a keen ear or experience helps..
Stu

A jerky casting style can cause birdies...if you watch any of the carp lads (thinking tackle) they do an overhead cast which is very whippy...this is fine with fixed spools but that sudden belt of power will cause a multi spool to fizz for the first few seconds,paying off line quicker than the lead will naturally pull it from the spool,causing birdies. Over-runs are generally not too much of a prob,as Stu says it`s just a case of stopping the spool with your thumb just as the lead hits the water. Poor line lay on your spool can also cause probs,so try to keep it as even as poss,cotton reel style.
2020 best of....
Top

Would it be viable for me to pick up a cheap/used multiplier to practice with? (Before spending £100-£150.)
Or is a used model going to be its own bundle of unpredictable problems?
"The charm of fishing is that it is the pursuit of what is elusive but attainable, a perpetual series of occasions for hope."
~John Buchan
Top

If you can find a cheap/used Akios or Abu then any problems can be fixed by Pete Coogan in Moreton.
D.I.L.L.I.G.A.F
AGNB
Thats bang out of order !

Depends what you mean by cheap...you`ll get a green 6500 C3 CT Mag Elite off ebay for £50 to £60....spending money on a cheap i.e poor quality multi means you will be trying to learn with a poor reel,get fed up coz you can`t cast with it trouble free,and take up country dancing instead.
2020 best of....
Top

Hi Pete, if you are looking to start using a multiplier the Daiwa Tournament is a good place to start with, they are well priced new or second hand. If you have a little more money then the blue mag version is worth buying. However I will say the same as Kev that they are only suited to cleaner beaches and marks as you will wear out the cogs and pinion in them, as I learnt in with a brand new one at Otterspool. You can buy a stainless steel cog for them and an improved pinion if rough ground is in your places that you fish.

However if you want something that will cast distance and fish rough ground with a high retrieval rate go for a Saltist hyper speed 20 or 30 and have a mag conversation completed on it. They cost a few £'s but are hard to beat!! I will post some photos later, Chris Macey who lives just outside Cardiff is you man for any mag conversations in the UK. You can find him on the internet or Facebook, fantastic guy that many of the casting pros trust. If you want a 7HT tournament I have one in great condition that I would let go for £55 at the next match on the 7th May. PM me if your interested 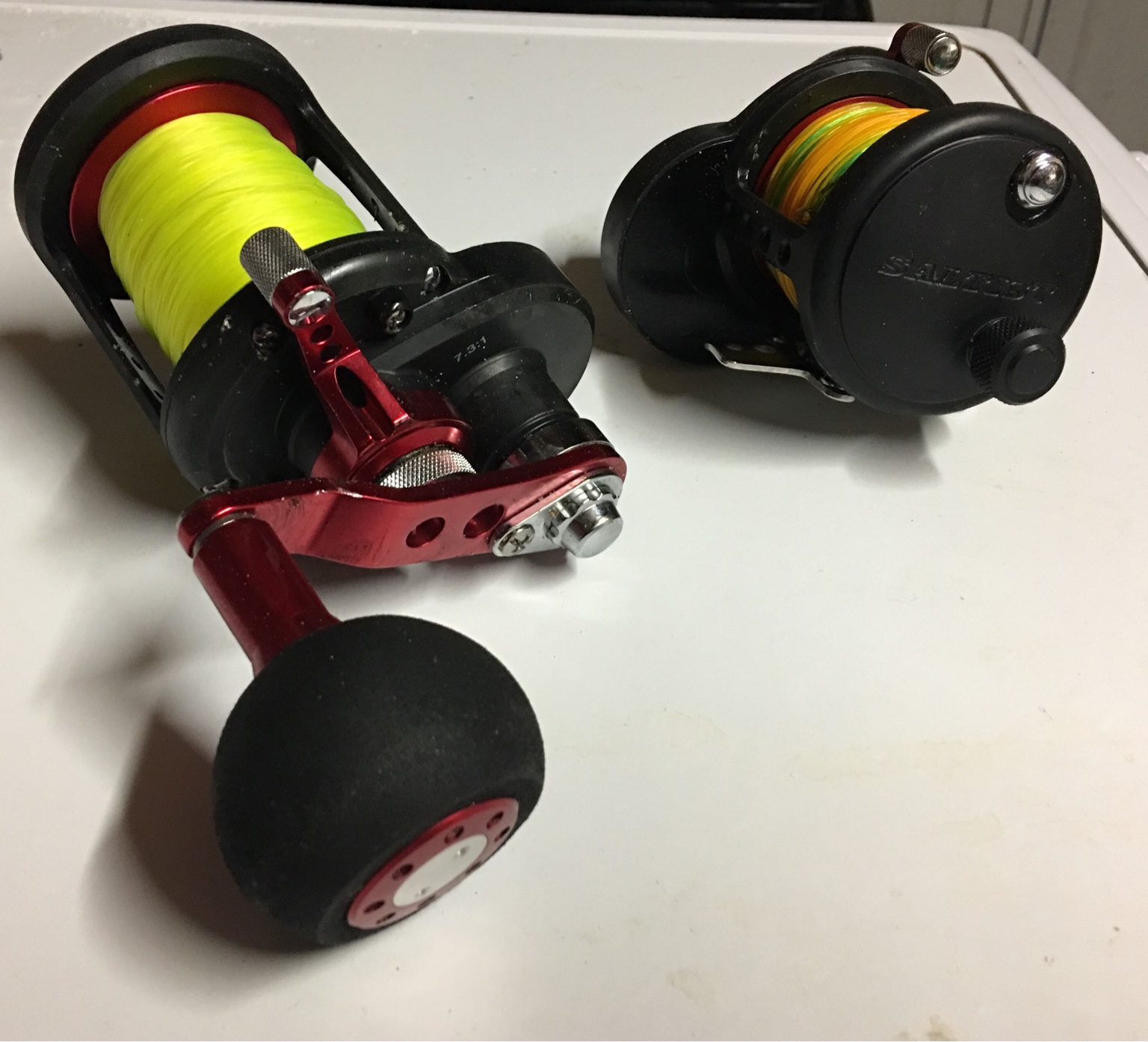 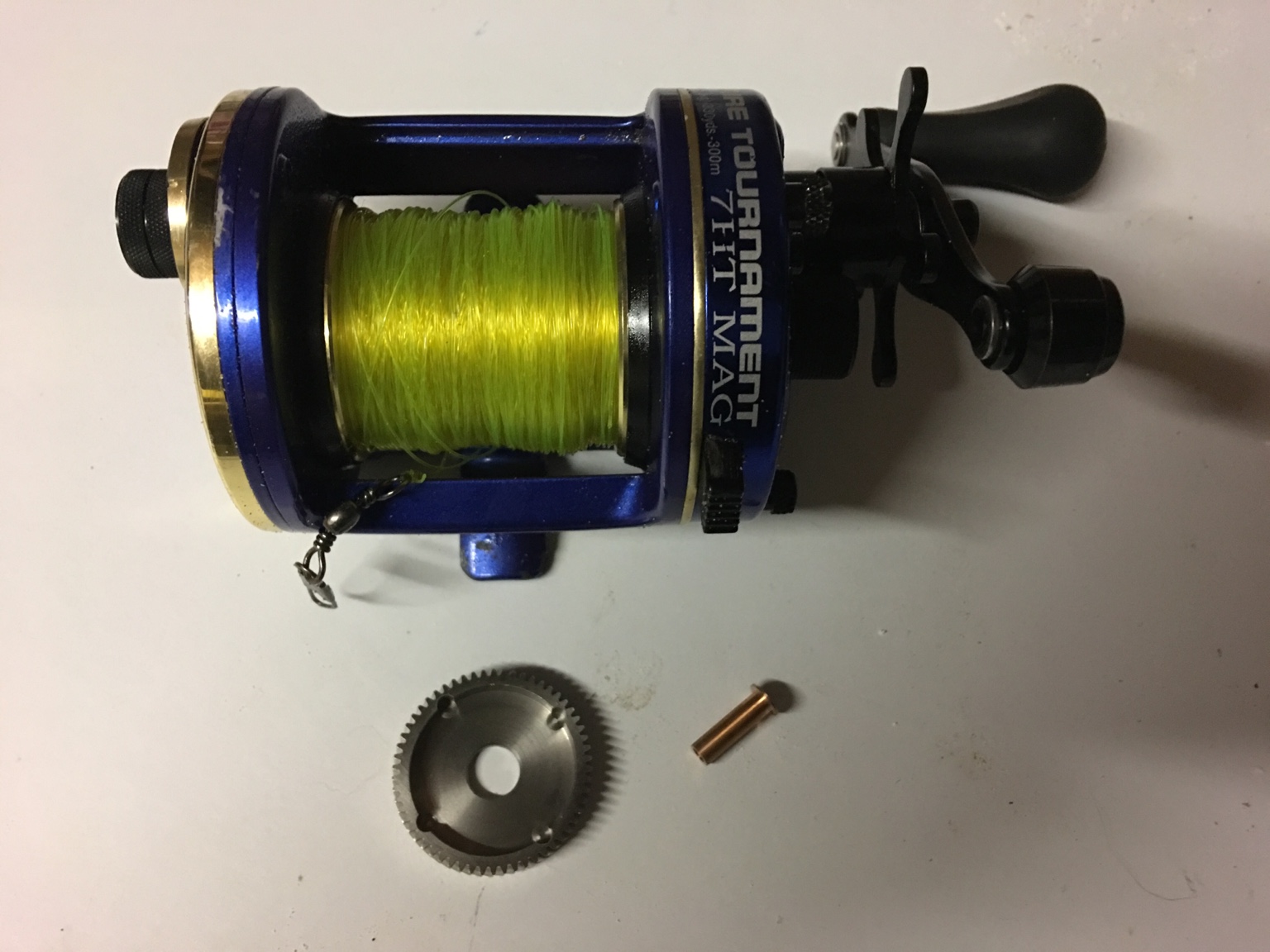 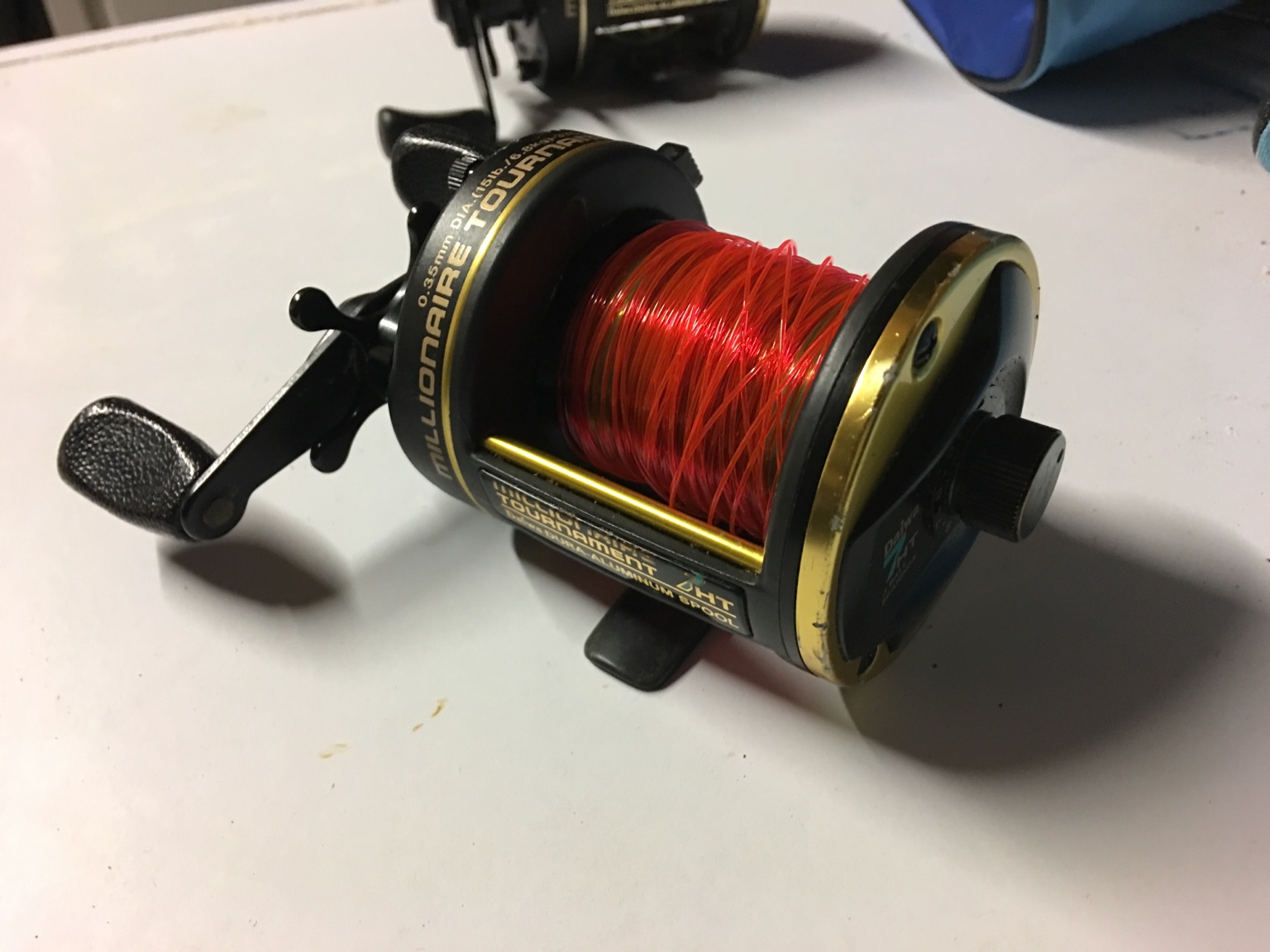 Return to “The Reel Room”

Users browsing this forum: No registered users and 2 guests